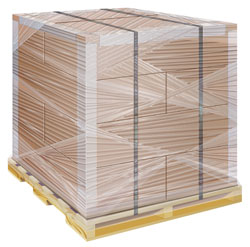 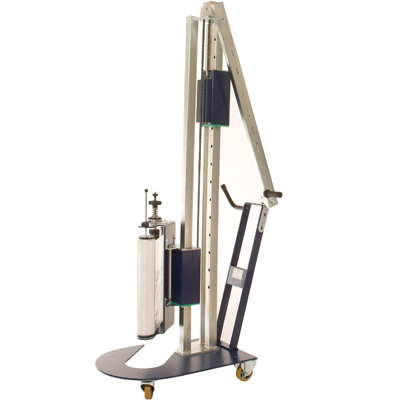 In fact, when you’re choosing pallet wrap and the associated accessories there are a number of factors you need to consider, like type of film, application and roll yield for example.

What types of stretch film are there?

This type of film is made when heated resin is passed over an opening through which air is blown, sort of like making a bubble. Blown stretch wrap is characteristically strong and is suited to cold room applications.

When identifying blown stretch film, you can look for:

This type of film is made by extruding layers of heated resin through rollers to create a sheet of film. This process means that the film can be made with different layers. With cast film, there is often only one side of the film which is tacky / has cling.

When identifying cast stretch film, you can look for:

Pre-stretched or pre-programmed film is a halfway house between cast and blown film and is usually made through co-extrusion. Pre-stretched film offers some great benefits including increased speed of wrap, better roll yield and reduced wastage.

When identifying pre-stretched film, you can look for:

What’s the best way to apply stretch film to pallets?

This all depends on your packing operation and the film you’re using. You’ll either apply the film manually or automatically.

If you’re applying film manually, you can do it by hand or you could use some kind of hand operated wrapping machinery. Introducing a mobile stretch wrapper for example can offer time savings and improved health and safety, as packers are no longer bending to apply film by hand.

What else should be considered when it comes to stretch wrap?

As well as the type of film you’re using, you’ll want to consider core style and size, film width and roll length, plus film thickness. Remember, film thickness can range from 60mu – 30m, depending on if it’s hand or machine film.

If you need guidance when it comes to stretch wrap, thick you could make savings or want to look at some new machinery, give the Network Packaging team a call on 01902 496666. Alternatively you can email us or complete our contact form and one of our packaging experts will get in touch.

Delivering your brand to your customers

For packaging solutions as unique as your business

Get more warehouse space with these 4 packaging switches