6 weeks to go until Packaging Innovations 2015! 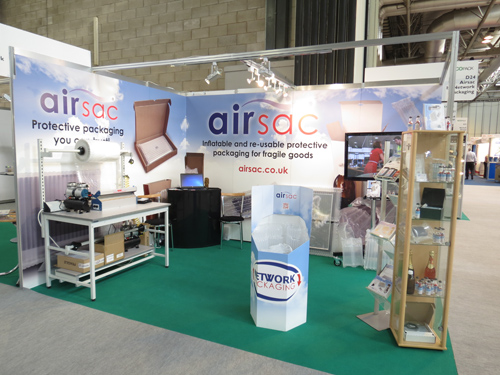 There’s only 6 weeks until Packaging Innovations opens its doors at the NEC in Birmingham. It’s a big year for the show as 2015 represents the exhibition’s 10th anniversary! Network Packaging is excited to be attending the landmark occasion and we’ll be showcasing our flagship Airsac inflatable packaging range.

The 2014 Airsac by Network Packaging stand at Packaging Innovations

As the 2014 show proved so successful for Network Packaging, we’ve doubled the size of our stand for 2015! You’ll be able to learn all about Airsac inflatable packaging and the benefits it offers at stand C24. So if you’re interested in protective packaging that’s eco-friendly, why not come along?

Since we showcased Airsac in 2014, we’ve significantly expanded our Airsac product range and proposition:

Simply click the banner below to register for Packaging Innovations completely free – we hope to see you there!

An innovative inflatable packaging system for fragile and breakable goods, Airsac is 98% air and 100% recyclable.

The widest range of packaging materials from 650 global suppliers